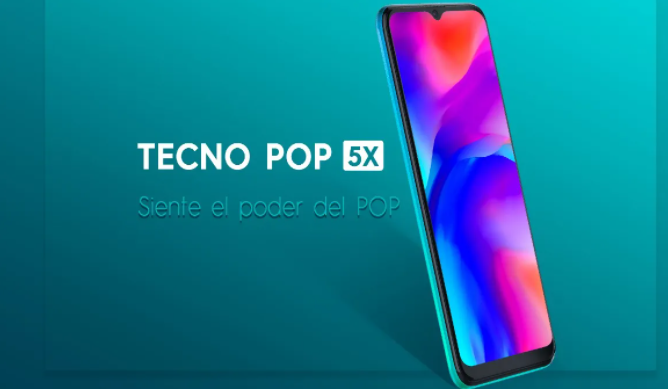 Tecno mobile makes budget mobile phones for Indian buyers and recently is launched its Tecno Pop 5 Pro with a 6000 mAh battery. After the success of this device, they are all set to launch another device Tecno Pop 5x in India. This device is already available in countries like Mexico and it is expected that Tecno Pop 5x will be available in India as well.

Tecno Pop 5x is the latest device in Mexico in two different colours crystal blue and cosmic shine colour. Tecno mobile did not reveal the price of this device yet. But it is expected that this device will be under the price range of INR 10,000. Official specifications from the Tecno mobiles are already available on the internet and are covered in this post.

Tecno mobile revealed that this device will be launched with a display resolution of 1600 x 720 pixels. The display size of this device will be 6.5 inches with a dot-notch display. This device is coming with a 2.5D curved display which will be a cooler experience for the users. The screen-to-body ratio is about 94%. This device is launched in Mexico with 2 GB RAM and 32 GB internal memory with the option of an external storage card.